project blasts of magic in form of creatures or objects

The ability to create and project blasts of magic that take the form of creatures or objects. Sub-power of Magic Attacks.

The user of this ability can create blasts of magic that can take the form of any creature or object that they can imagine and make their blast seem like it's alive if they want. 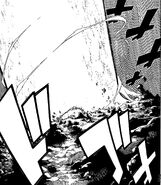 August (Fairy Tail) is able to fire large magical blasts that destroyed large areas and mess up strong level mages.
Add a photo to this gallery
Retrieved from "https://powerlisting.fandom.com/wiki/Formulated_Magic_Blasts?oldid=1503212"
Community content is available under CC-BY-SA unless otherwise noted.