Use the traits of Frankensteinian monster.

The power to use the abilities of Frankenstein's monster. Variation of Artificial Physiology and Undead Physiology.

User with this ability either is or can transform into a Frankensteinian monster, a being created from (possibly several) corpses of dead people, or sometimes animals. As they are formed from dead beings, they lack most of the weaknesses of living beings, including need for sustenance or rest, pain, etc. Due to the fact that most such monsters are animated by electrical impulses, they are naturally resistant to electrical attacks and some may possess other electricity related abilities as well.

Adam (Buffy the Vampire Slayer) is created from the body parts of several deceased humans and demons.

Coldstone (Gargoyles) was created from the corpses of three deceased gargoyles. 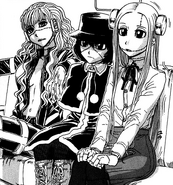 After being brutally murdered by Daken, the Punisher (Marvel) was resurrected as "Frankencastle" by the Legion of Monsters.

The Manpigs (Amnesia: A Machine for Pigs) are monstrous creatures made through experimentation, using pig and human flesh kept alive with Compound X and sowing them together. 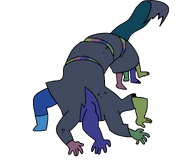 Cluster Gems (Steven Universe) are the result of forcibly bonding gem shards together, creating horrific monsters from the fragments of once whole gems. 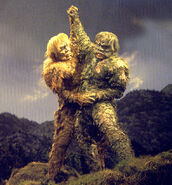 Sanda and Gaira (War of the Gargantuas) are Frankenstein spawns that regenerated from cells when the original Frankenstein died.
Add a photo to this gallery
Retrieved from "https://powerlisting.fandom.com/wiki/Frankensteinian_Monster_Physiology?oldid=812108"
Community content is available under CC-BY-SA unless otherwise noted.