Kratos (God of War Series) broke all boundaries from resurrection to killing the Gods of Olympus and ultimately freedom from whatever fate was placed upon him except by his own choice.

Be absolutely free and unattached to all boundaries.

"You think freedom is something that you can give or take on a whim ... To people, freedom is just as essential as air. And without it, there is no life, no hope. There is only ... darkness"
― Zaheer (Avatar: The Legend of Korra)

"Humans often refer to this as destiny, as fate. Only the weak utter such nonsense. Its completely different for the truly strong: they create this so-called destiny with their own hands."
― Naraku (Inuyasha)

"Destiny... Fate... Dreams... These unstoppable ideas are held deep in the heart of men. As long as there are people who seek freedom in this life. These things shall never disappear!"
― Gol D. Roger (One Piece)

"Freedom is never given; it is won."
― A. Philip Randolph

"I think it is the excitement only a free man can feel, a free man at the start of a long journey whose conclusion is uncertain."
― Red (The Shawshank Redemption)

"Freedom is not about the ability to do what you want, it's having the right to do what we ought"
― Jim Caviezel

"I am, by nature, someone who loves to be unconstrained and free."
― Dao Ma (Guardian's Blade)

"The more people are pushed around, the stronger that yearning for freedom becomes."
― DJ Professor K (Jet Set Radio)

"Before the age of the twilight set upon the gods, a legend rose to claim his place among them. And even though Kratos sat on the throne as the new god of war, he was haunted by visions of his family, a family he himself murdered. But the hands of death could not defeat him. The sisters of fate could not control him. And on this day, the man, the legend, Kratos will have his revenge."
― Narrator (God of War III)

"His WHAT? Oh man, you gotta be kiddin' me! I don't know a duke from a duck, and I ain't gonna let EITHER boss me around!"
― Vicious (Tales of Crestoria)

The power to be absolutely free and unattached to all boundaries. Sub-power of Omnilock. Opposite to Destiny Manipulation. Not to be confused with Freeing.

Users are free and immune to every law, rule, fate, predestination, concept, limit, and any other type of cosmic, spiritual, mental, physical and mystical jurisdiction, making the users completely immune to their effects. This power is mostly wielded by prime beings and creator gods, as this concept itself is usually the fundamental source of power that allows all limitless abilities to function.

Freedom is limitless in its potential, as one is free to do what they wish, how they wish. As they are free from laws, they can perform attacks, counters, defenses, etc. that break known conventions. They can perform an attack with the force of a cosmic scale explosion but without the collateral damage, or shred an enemy with just one movement, as that movement can be repeated over and over from many directions at the same time, without breaking physics or reality. One can even defend themselves on all fronts or even just leave a situation if they so wish, as they are free. This also extends to creating structures in a fraction of an instant if one so desires, as well as giving oneself any and all abilities they desire as they are truly free.

So long as someone has the mind and will to do something, freedom allows it to be performed.

Desperados (Rakudai Kishi no Eiyuutan) are unique Blazers who exists outside of fate, able to increase their magic power and control fate, as well as being able to influence the world and people around them.

Asura (Asura's Wrath) had so much profound anger that it enabled him to clobber planetary abominoids, divine fleets and even the all-powerful creator & destroyer entities at the fore of them all.

SCP-682 - Hard-To-Destroy Reptile (SCP Foundation) is absolutely free from the concepts of life and death and therefore cannot be truly killed. 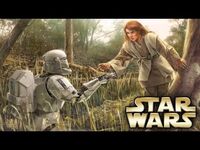 All Clones that Disobeyed Order 66 -UPDATED- 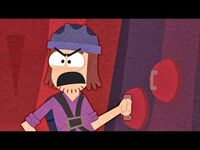 Suction Cup Man 3- One Hell of a Climb 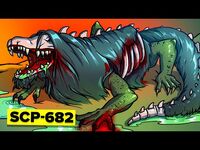 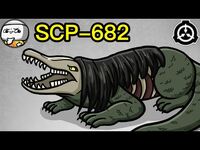