User is able to transform their body completely into fungus. Users transformed form can be either anatomically identical to their normal form, aside of being made of fungus, in which case it contains all to organs and is somewhat vulnerable to attacks. Alternately user can transform into homogenous matter, without any part of their form being more important than the other.

Users are able to produce numerous poisons and hallucinogens, but also useful drugs. 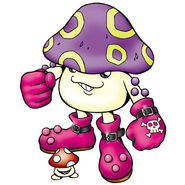 Mushroomon (Digimon) is known to have a mushroom physiology. 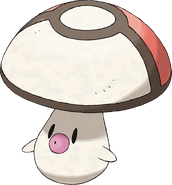 Foongus (Pokemon) known to be a fungus. 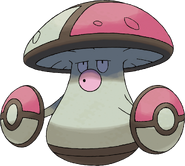 Amoonguss (Pokemon) the evolve form of Foongus known to be fungus.
Add a photo to this gallery
Retrieved from "https://powerlisting.fandom.com/wiki/Fungal_Mimicry?oldid=270903"
Community content is available under CC-BY-SA unless otherwise noted.