Following his secondary mutation from a Metahuman into a full blown Mutant, Henry McCoy/Beast (Marvel Comics) has not only blue skin, but also blue fur growing from top to bottom, therefore giving him resistance to cold temperatures.

The power to have a hair-like substance over the entire body. Variation of Hair Generation.

The users has or can generate fur over the entire body, giving resistance to chilling temperatures, and/or even physical damage. 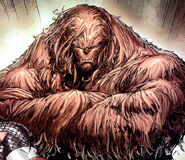 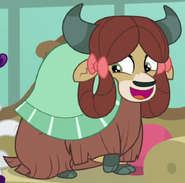 In two of their variations, the Mamuts (Serious Sam) generate fur in order to not only give themselves high resistance to the cold, but also from chilly precipitation.

Werewolves (Teen Wolf)
Add a photo to this gallery
Retrieved from "https://powerlisting.fandom.com/wiki/Fur_Generation?oldid=1470222"
Community content is available under CC-BY-SA unless otherwise noted.