The Mist (DC Comics) can transform into variety of toxic gases, making him a deadly opponent of the Knight Family and the Flash.

Have a body made up of gas.

The power to transform into or have a physical body made up of gas. Technique of Gas Manipulation. Variation of Elemental Mimicry.

The user is made up of or can transform their body completely into gas. A user's transformed form is anatomically identical to their normal form, aside of being made of gas, in which case it contains all to organs and is somewhat vulnerable to attacks. Alternately the user can transform into homogeneous matter, without any part of their form being more important than the other.

After being exposed to cosmic radiation, Ann Darnell/Vapor (Marvel Comics) can mimic any gas. 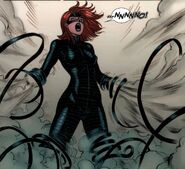 Caesar Clown (One Piece) ate the Gasu Gasu no Mi, allowing him to turn into any kind of natural gas at will.

Smiley (One Piece) is a creature created when Caesar Clown compressed H2S gas then used Vegapunk's science to "feed" it the Sara Sara no Mi: Model Axolotl.

The Gelth (Doctor Who) are beings made of living gas

Nash (DC Comics) the daughter of the Mist. 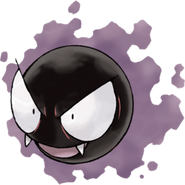 According to the Mobestiary, Ghast (Minecraft) are mostly filled with gas.
Add a photo to this gallery
Retrieved from "https://powerlisting.fandom.com/wiki/Gas_Mimicry?oldid=1684699"
Community content is available under CC-BY-SA unless otherwise noted.