The power to generate gemstones. Sub-power of Gemstone Manipulation. Variation of Crystal Generation.

The user can create gemstones from nothing or the surrounding environment and use them for a variety of purposes.

Roger Smith (American Dad!) excreting the Golden Turd that is encrusted with jewels. 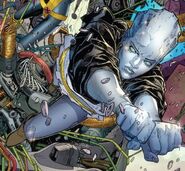 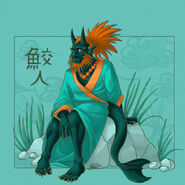 Samebito (Japanese Folklore/Mythology) cry tears of blood which become precious rubies when they hit the ground. 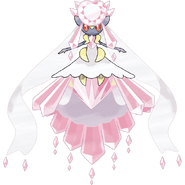 Diancie (Pokémon) can create diamonds by compressing the carbon in the air between its hands.

As a Koorime, Yukina's (YuYu Hakusho) tears harden into jewel beads.
Add a photo to this gallery
Retrieved from "https://powerlisting.fandom.com/wiki/Gemstone_Generation?oldid=1503359"
Community content is available under CC-BY-SA unless otherwise noted.