The Celestials (Marvel Comics) are so skilled in genetics that what they can do is extraordinary.

Have an innate understanding of genetics.

The power to have an innate understanding of genetics. Sub-power of DNA Manipulation. Variation of Intuitive Aptitude.

The user possesses an incredible and innate understanding/knowledge of genetics.

Anton Sevarius (Gargoyles) is a noted geneticist capable of both splicing animal DNA into humans and outright cloning others. 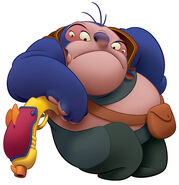 ...having created at least 627 artificial creatures with a variety of different abilities.

Azmuth (Ben 10) is a master geneticist, having collected DNA from virtually every alien species in the universe and created the Omnitrix to turn the wearer into them.

Nathaniel Essex/Mister Sinister (Marvel Comics) is a master geneticist being able to pull of several self experimentations with genetic material from other mutants with success.

Miles Warren/Jackal (Marvel Comics) is a master of genetics, having created multiple clones of Spider-Man.

Dr. Gero (Dragon Ball series) is a talented geneticist, enough to combine the DNA of the Z-Fighters and Frieza...

Vinsmoke Judge (One Piece) is a skilled geneticist, able to alter his children's Lineage Factor before birth to make them superhuman. 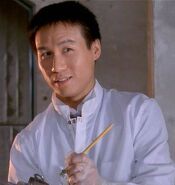 Henry Wu (Jurassic Park) is a master of genetics, able to clone dinosaurs from fossilized DNA and even create hybrids like the Indominus rex and Indoraptor.

Para-Medic/Dr. Clark (Metal Gear series) is a skilled geneticist, being the one behind the Les Enfants Terribles project that created Big Boss' cloned sons.

Dr. Alphonse Mephesto (South Park) is skilled in genetics, having cloned Stan Marsh once and giving animals multiple asses instead of one.

Donatello (Teenage Mutant Ninja Turtles) was able to use April O'Neil's DNA to create a cure for mutagen.

...such as a deceased clone of his daughter Amber... 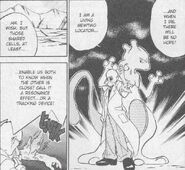 Blaine (Pokémon Adventures) participated in Mewtwo's creation, and used his own DNA to fill in gaps in its genome.

Anais Gaia (RoboCop: Alpha Commando) is a master of genetics, able to create all manner of clones, monsters...

...and even control her own genetic structure to morph her age.

Orochimaru (Naruto) is an expert at genetics, having extensively modified his own body and cloned Mitsuki from his own cells.

Dr. Genus (One-Punch Man) is such an accomplished geneticist that he was able to pull off numerous genetic wonders, ranging from creating mutated animals...

...to restoring his lost youth. 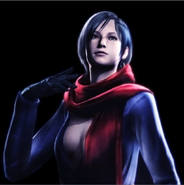 Carla Radames (Resident Evil) completed a doctorate for genetics at age 15.
Add a photo to this gallery
Retrieved from "https://powerlisting.fandom.com/wiki/Genetics_Intuition?oldid=1543256"
Community content is available under CC-BY-SA unless otherwise noted.