The Avatar (Avatar: The Last Airbender/Legend of Korra) possesses a soul that is the combined product of the soul of Wan and the great spirit of peace and light Raava. This imbues those who possess this reincarnated soul the ability to bend all four elements as well as a strong connection to the spiritual world.

Possess a soul made up of other souls.

The ability to possess a soul made up of other souls. Sub-power of Amalgamation. Variation of Other Soul. Not to be confused with Hybrid Soul or Multiple Souls.

The user possesses a soul that was made from/composed of two or more other souls. This could include fragments of multiple, incomplete souls woven into a single, functioning soul or multiple, whole souls made into one.

UnaVaatu (Avatar: Legend of Korra), also known as the Dark Avatar, is the fusion between Unalaq and the spirit of darkness and chaos Vaatu, creating a powerful entity.

Menos-class Hollows (Bleach) such as Gillians are the result of countless Hollows merging together...

...and if one of its component Hollows can subdue the others and take complete control over the body, they become a far stronger and smarter Adjuchas-type Hollow.

The Espada (Bleach) are the the strongest Menos-class Arrancar (Hollows that have regained humanoid forms), and are each composed of thousands and thousands of souls...

...such as Aaroniero Arruruerie, who was the only Gillian amongst them.

Hikone Ubuginu (Bleach) is an artificial being created by combining countless soul pieces, including those of Hollow, Quincy, Shinigami, & Human. 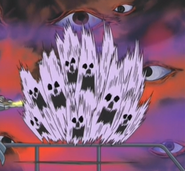 The Souls of the Forgotten (Yu-Gi-Oh!) is a hateful spirit created by multiple fallen souls.

The Soul of Cinder (Dark Souls III) is the incarnation of every Lord of Cinder, all of those who linked the First Flame. 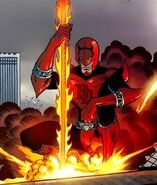 Darkdevil (Marvel Comics) is the result of the souls of Daredevil and Zarathos merging with the body of Reilly Tyne. 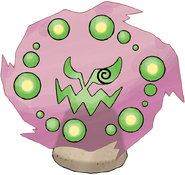 Sadakaya (Sadako vs Kayako) is a fusion of the malevolent spirits Sadako and Kayako.
Add a photo to this gallery
Retrieved from "https://powerlisting.fandom.com/wiki/Gestalt_Soul?oldid=1397911"
Community content is available under CC-BY-SA unless otherwise noted.