Jesus Christ (Christianity) is a well known and respected user of this power.

Become a manifestation and/or have the traits of God.

"The Son is the image of the invisible God, the firstborn over all creation."
― The Bible (Colossians 1:15)

The power to be a manifestation of and/or possess traits of the One True God. Not to be confused with Demigod Physiology, Deity Soul or Deity Reincarnation. Opposite to Satanic Incarnation.

The user of this power either is or merely has the traits of the true God or a true benevolent being known in Monotheism and Christianity as The Child of God and/or The One True God. Unlike Demigod Physiology or Deity Reincarnation, the user is not half-god or a reborn version of a god, but a being made flesh out of the true God of their respective existence, this allows users to truly become the embodiment of all godly aspects and use this almighty power as they see fit.

This power can be achieved by either being chosen by God, having a blood-tie to them, fusing with their essence or just being the greatest force of all in the user's existence. Ultimately, this power grants the user the archetype of a true God: the all-powerful being, so the user could be a mythological and/or real God and still have this power. Other times, users can rise to the beyond and become a true and just ruler.

The power functions as an archetype, so even if the user is not the actual thing, they represent the concept in their existence (e.g. Aslan) and therefore wield the full power of the archetype.

Michael (Valkyrie Crusade) is the embodiment of the infinite power of god, and also of His infinite love.

High Priest (Valkyrie Crusade) is the embodiment of God's spirit. 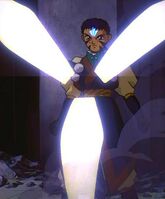 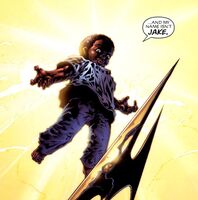 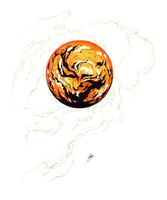 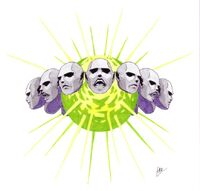 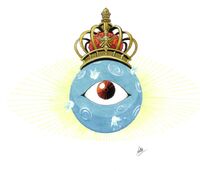 Shaddai (Shin Megami Tensei)
Add a photo to this gallery
Retrieved from "https://powerlisting.fandom.com/wiki/Godly_Incarnation?oldid=1729846"
Community content is available under CC-BY-SA unless otherwise noted.