The ability to create ooze, slime, and goo. Sub-power of Slime Manipulation. Variation of Organic Generation.

The user may create ooze, slime, and goo of every consistency or viscosity, whether sticky, slippery, etc. Some types of goo may be toxic or carry a disease of some kind, or may have other effects upon contact with living beings.

Giran (Dragon Ball) projects his "Merry-Go-Round Gum" from his mouth...

...which quickly dries and constricts Goku. 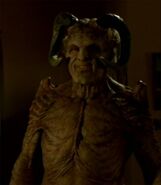 Fyarl Demons (Buffy the Vampire Slayer) are able to shoot a paralyzing mucus.

As the current Slime Elemental, Slime Princess (Adventure Time) can spew slime out from her hands. 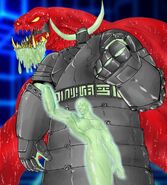 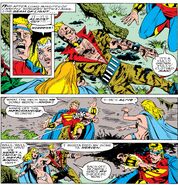 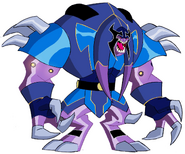 Sasha (Infamous) can create and manipulate toxic "black tar" that can induce hallucinations.

Trebol (One Piece), a Mucus Human.

Caribou (One Piece) generates swamp muck from his hand to suffocate an innocent victim. 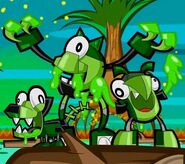 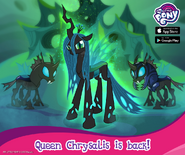 The Sloar (Ghostbusters) is a massive supernatural entity the Cult of Gozer captured, harvesting the black slime it produces as a psychokinetic medium for their plot.

Specimen 2 (Spooky's Jump Scare Mansion) can make puddles of slime to slow its victims or emerge from them.

Goomy, Sliggoo, and Goodra (Pokémon) constantly secrete a sticky goo, which can help repel attacks.
Add a photo to this gallery
Retrieved from "https://powerlisting.fandom.com/wiki/Goo_Generation?oldid=1391632"
Community content is available under CC-BY-SA unless otherwise noted.