Philemon (Persona series) is the embodiment of all of humanity's collective good.

Become the embodiment of what is good.

The power to be the embodiment of good. Variation of Disposition Embodiment and Benefic Force Manipulation. Opposite to Evil Embodiment.

The user either is living embodiment of complete goodness and can manipulate anything to do with good and can use their powers to spread peace and goodness around the universe. Since good can exist anywhere the user can also be anywhere too and they have huge capabilities.

Anything is possible as long as it spreads kindness, peace, love or anything else considered good. Examples include, banishment of malevolent beings/energies, bringing good luck to people/places, bringing virtues out of people and so on. Most of the time this power is used by a god, and the user is nearly impossible to overpower unless Evil Embodiment is used, even that isn't bound to win.

See Also: Made of Good. 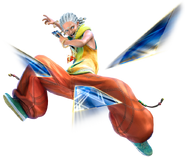 Loki (Bayonetta 2) is the physical embodiment of the good half of Aesir, God of Chaos.

Jack's sword (Samurai Jack) was forged by the gods out of the pure goodness and righteousness of Jack's father. 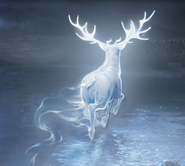 A Patronus (Harry Potter) is the embodiment of its summoner's positive emotions, and is therefore immune to any form of negativity.
Add a photo to this gallery
Retrieved from "https://powerlisting.fandom.com/wiki/Good_Embodiment?oldid=1632615"
Community content is available under CC-BY-SA unless otherwise noted.