Mimic Greek Gods and their abilities.

Power to use the traits and powers of Greek Deities. Variation of Transcendent Physiology. Greek Counterpart of Roman Deity Physiology.

User can draw power and abilities connected to the Gods of ancient Greek Mythology.

The Greeks had three separate ruling dynasties of gods, which each replaced the earlier one, as well as several minor deities that were essentially personified concepts. In addition there are some deities that don't really belong in any of these groups and were usually somewhat outsiders in relationship with rest of the pantheon.

From the most regent to earliest, the Divine dynasties are: 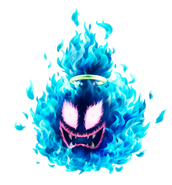 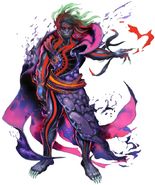 Dionysus (The Wicked + The Divine) 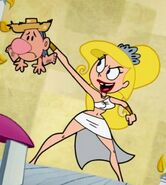 Eris (The Grim Adventures of Billy and Mandy), Goddess of Discord and Chaos

Zeus, Poseidon and Hades (The Grim Adventures of Billy and Mandy)

Artemis (SMITE) Goddess of the Hunt

Hades (SMITE) King of the Underworld

Hera (SMITE) Queen of the Gods

Poseidon (SMITE) God of the Oceans

Zeus (SMITE) God of the Sky
Add a photo to this gallery
Retrieved from "https://powerlisting.fandom.com/wiki/Greek_Deity_Physiology?oldid=1324034"
Community content is available under CC-BY-SA unless otherwise noted.