Use the traits of grey.

The power to use the abilities of a Grey Alien. Variation of Alien Physiology.

User with this ability either is or can transform into a grey, extraterrestrial being typically depicted as gray-skinned (sometimes muted blue or green, occasionally a beige) diminutive humanoid beings that possess reduced forms of, or completely lack, external human organs such as noses, ears or sex organs. Their bodies are usually depicted as being elongated, having a small chest, and lacking in muscular definition and visible skeletal structure. Their legs are shorter and jointed differently from what one would expect in a human. Their limbs are often depicted as proportionally different from a human's; their humerus and thighs are the same lengths as their forearms and shins, respectively.

The Greys aren't usually overtly hostile; abduction is their primary modus operandi (which naturally may be taken as still fairly sinister of course). They don't generally speak (or explain their motivations) much if at all. They may be telepathic.

A glimpse of one of the Greys (Alien Abduction)

Roger Smith (American Dad!) is both a typical and non-typical Grey.

Azmuth and other Galvans (Ben 10 series) share several traits with Greys such as grey skin, large eyes, and high intellect 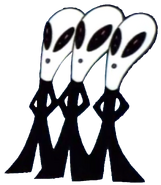 One of the aliens (Extraterrestrial)

One of the Zetans appears in the Commonwealth (Fallout 4) 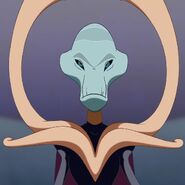 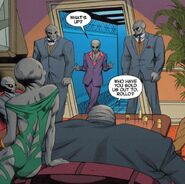 Little Grey (Valkyrie Crusade)
Add a photo to this gallery
Retrieved from "https://powerlisting.fandom.com/wiki/Grey_Physiology?oldid=1513271"
Community content is available under CC-BY-SA unless otherwise noted.