The ability to grow hair. Sub-power of Hair Manipulation. Variation of Organic Generation. Opposite to Alopecia Projection.

The user can generate hair, whether by drawing them from already existing sources (theirs, others or from those separate from the bodies) or by manifesting them anywhere they want.

Whenever a Saiyan such as Son Goku (Dragon Ball Z) inters Super Saiyan 3, their hair grows down to their waist. 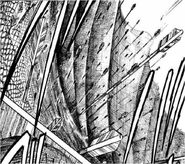 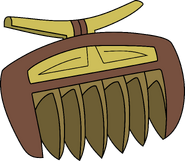 Dennis (The SpongeBob SquarePants Movie) growing a mustache on command.

Elastika (Zevo-3)
Add a photo to this gallery
Retrieved from "https://powerlisting.fandom.com/wiki/Hair_Generation?oldid=1539601"
Community content is available under CC-BY-SA unless otherwise noted.