Hakutaku, the keeper of knowledge

Use the traits of Hakutaku.

The power to use the abilities of a Hakutaku. Variation of Yokai Physiology.

User with this ability either is or can transform into a Hakutaku (White Marsh), a fantastic beast from Chinese legend said to know everything that ever was, and everything that ever will be. They have the ability to look into and gain understanding of people, things, and phenomena, which alone could account for their incredible amount of knowledge and understanding, but it only serves to compound that gained by millennia of research and study.

They are commonly depicted as a bovine or monstrous felid creature with nine eyes and six horns, arranged in sets of three and two on both its flanks and its man-like face. They are also depicted as having the body of a lion and eight eyes, known for having a horn or multiple horns on their heads. However, the number of extra eyes actually varies depending on interpretation, and sometimes the creature is pictured with only one in the center of its head. They are considered to be intelligent, and well read with the ability to understand human speech. 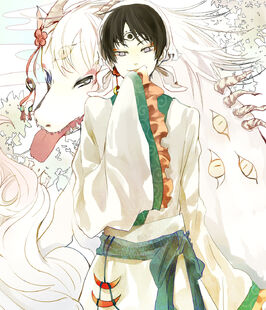 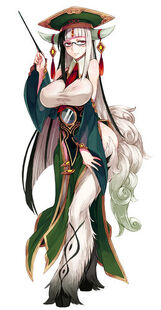 Hakutaku (Monster Girl Physiology) are academic and highly intelligent lovers who willingly educate their spouses in return for romance. 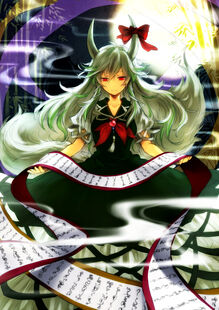 Hakutaku (Valkyrie Crusade)
Add a photo to this gallery
Retrieved from "https://powerlisting.fandom.com/wiki/Hakutaku_Physiology?oldid=1521332"
Community content is available under CC-BY-SA unless otherwise noted.