Be or become a head.

"Just what Washington needs, another talking Head!"
― Pete Griffin after his head is removed (Family Guy)

The ability to be or become a head. Variation of Anatomical Physiology and Body Part Physiology.

User with this ability either is or can transform into a bodiless head of any shape or size with no body and ability to move, often by floating. 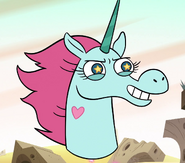 Pony Head (Star vs. the Forces of Evil) 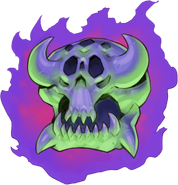 Ornes (Kid Icarus: Uprising) are giant floating skulls that can kill foes upon contact.
Add a photo to this gallery
Retrieved from "https://powerlisting.fandom.com/wiki/Head_Physiology?oldid=1523157"
Community content is available under CC-BY-SA unless otherwise noted.