The power to heal. Sub-power of Biological and Health Manipulation. Opposite to Unhealing.

The users can restore biotic organisms to their optimal health, curing damaged or withered organisms, wounds, broken bones, low vitality, and diseases/poisoning. Though the user may potentially heal any form of bodily damage, the patient must be alive, even if hanging by a thin thread, in order to be healed; once the patient has died, it would transcend healing and would require resurrection instead.

Note that the levels refer to what kind of damage the user can heal, not the rate/speed the healing process happens.

Advanced Level: User can do anything that normal healing and modern medical knowledge could achieve.

Master Level: The user can heal anything as long as the target is alive.

Retsu Unohana (Bleach) is by far one of the greatest healers in all of Soul Society.

While a skilled medic on his own right, Hanatarō Yamada's (Bleach) Hisagomaru can absorb injuries...

...healing others to empower itself. While Giselle Gewelle (Bleach) can use her own blood to zombify others, in lesser degrees it can also be used to heal injuries.

Heaven Canceller (A Certain Magical Index) can heal anything, whether it is a terminal illness or mortal wounds, distorting the laws of heaven, so long as the patient is still alive.

Joshua Christopher (Chrono Crusade) is the younger brother of Rosette Christopher. He is the Apostle of Hope who possesses the ability to heal any illness, pain, and wounds using his hands. 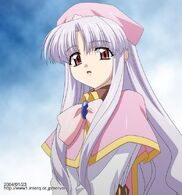 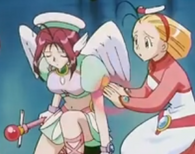 Due to the vast knowledge he gained from the parallel worlds, Byakuran's (Katekyo Hitman Reborn!) skills in healing are so great that he can heal anyone even one in critical condition.

Hou Ken (Kingdom) using Qigong to heal a dying Ri Boku of his wounds during their first encounter.

Kyou Kai (Kingdom) using Qigong to speed up Shin's vitality in fight off a fever. 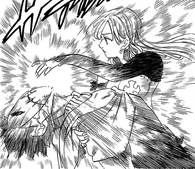 As the reincarnation of a goddess, Elizabeth Liones (Seven Deadly Sins/Nanatsu no Taizai) is able to heal any living being, including herself, from the most lethal injuries. 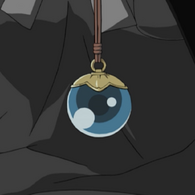 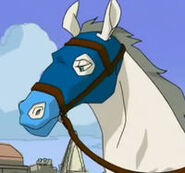 Anakin Skywalker (Star Wars), with the help of the Father, was able to use Force Healing to revive his Padawan Ahsoka by transferring the Daughter's life energy into Ashoka's body.

Randy Cunningham (Randy Cunningham: 9th Grade Ninja) has a ninja technique called the Art of Healing, where it allows him to heal anyone, grow plants, and repair machinery. It even strong enough to bring back the dead and vice verse.

The Morrigan (The Wicked + The Divine) is able to heal both people and objects.

Tinisha Dolaira (The Young Guardians) can heal injuries through the use of her magic. 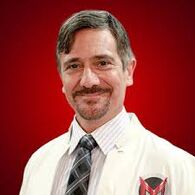 Horace Diaz (Mighty Med) is the legendary healer of superheroes who has the extended knowledge of how to heal anything/one, including a superhero like a regular doctor can and can resurrect a dead person.

Moira O'Deorain (Overwatch) can heal others by extending her left hand. 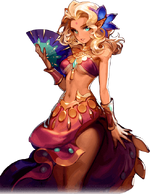 The Pretty Boy’s Pocket Pistol (Team Fortress 2) causes its wielder to heal, though it is limited to when shooting enemies and only heals at the bare minimum capacity. 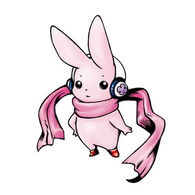 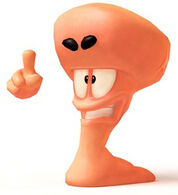 Scientist (Worms) can heal with 5 HP with his team. 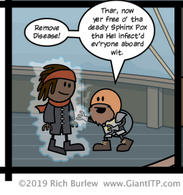 Durkon Thundershield (The Order of the Stick) casting Remove Disease.

SCP-2295 - The Bear with a Heart of Patchwork (SCP Foundation)

Healing Light is just a bit too bright - Holy Nova

Healing logic in Dead By Daylight-2