"This ritual illustrates the essence of Sun Warrior philosophy. You must maintain a constant heat. The flame will go out if you make it too small. Make it too big, and you might lose control."
― Sun Warrior Chief (Avatar the Last Airbender)

The user can create, shape and manipulate heat by increasing the kinetic energy of atoms and thus making things hotter, ranging from subjective feeling of heat to absolute hot. 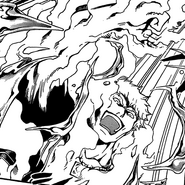 Danny Fenton/Phantom (Danny Phantom) can manipulate the heat of his Ghost Rays so they can melt things instead of destroying it.

Vortex's (Danny Phantom) weather powers allow him to manipulate heat and cold to alter the temperatures.

Corono (Valkyrie Crusade), the Goddess of Sun and Heat. 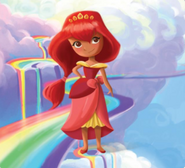 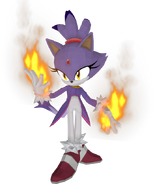