The Saiyans' (Dragon Ball series) great strength is in part because their homeworld, Planet Vegeta, has 10x the gravity of Earth.

The power to use the abilities of heavyworlder. Variation of Alien Physiology.

Initially unused to heavy gravity due to growing up on Earth, Son Goku (Dragon Ball series) relearned and has no problem functioning in gravity hundreds of times the Earth's. 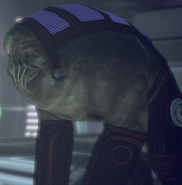 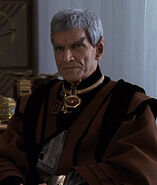 Vulcans such as Sarek (Star Trek) possess 3x the strength of a human in part due to their homeworld having higher gravity than Earth.

Tom Strong (DC Comics) was raised in a high-gravity chamber, making him stronger, faster, and tougher than a normal human.
Add a photo to this gallery
Retrieved from "https://powerlisting.fandom.com/wiki/Heavyworlder_Physiology?oldid=1432270"
Community content is available under CC-BY-SA unless otherwise noted.