Fly by a helicopter-like effect.

The power to achieve a form of flight by achieving a helicopter-like effect. Method of Flight.

The user can spin parts of their bodies or objects they wield/carry like helicopter blades to achieve a degree of flight.

When Kazuma (s-CRY-ed) is in his Shell Bullet Ultimate form, he use the large golden propeller on his back to propel himself. 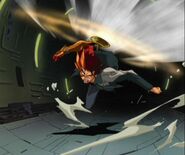 ...and uses the propeller of his ultimate bullet to fly at high velocities.

Peridot (Steven Universe) is able to fly when using her Limb Enhancers.

Muttley (Dastardly and Muttley in their Flying Machines) 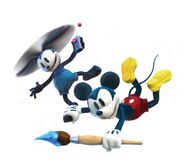 Rayman (Rayman) can spins his hair around like a helicopter to fly.

Miles "Tails" Prower (Sonic the Hedgehog), is a master of this ability. 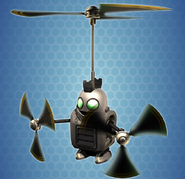 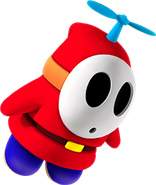 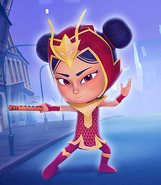 An Yu (PJ Masks) via her Magic Flute

The inquisitors (Star Wars Rebels) are able to propel themselves into the air via their lightsabers.
Add a photo to this gallery
Retrieved from "https://powerlisting.fandom.com/wiki/Helicopter_Propulsion?oldid=1562924"
Community content is available under CC-BY-SA unless otherwise noted.