Yama (Chinese/Hindu/Buddhist Mythology) God of Death, Ghosts, Justice, Judgement, Punishment, the South, the Underworld, and God-King of Hell and the Ancestors.

Have the physical traits and abilities of a Hell God.

A user with this ability either is or can transform into a Hell Deity, a god/goddess or a god-like being who represents or is associated with the afterlife known as Hell. Hell Deities are known to possess powers over death when it comes to those who are going to their realm in Hell, and their powers over evil are not always as great as an Evil Deity's would be. Hell Deities can be found throughout most of recorded history in various forms.

One below all (Marvel comics)
Add a photo to this gallery

The Dark Lord
Add a photo to this gallery 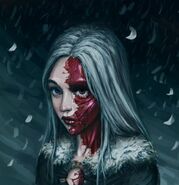 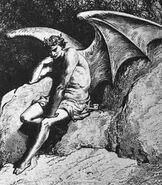 Lucifer (Abrahamic faiths)
Add a photo to this gallery

Glorificus (Buffy the Vampire Slayer)
Add a photo to this gallery
Retrieved from "https://powerlisting.fandom.com/wiki/Hell_Deity_Physiology?oldid=1740016"
Community content is available under CC-BY-SA unless otherwise noted.