Reach a higher level of consciousness.

The power to gain a new state of development in consciousness. Not to be confused with Mass Consciousness.

Users can denote their natural consciousness and reach a higher level of development. Through this, users obtain refined mindfulness and become detached from their baser instincts. They can achieve an excellent refinement, allowing them to self-manage, awaken, and develop the hidden potential that has been dormant. 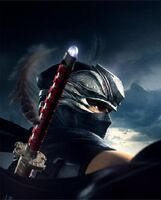 Ryu Hayabusa (Ninja Gaiden series) possesses a great amount of knowledge of spiritual arts. His work in meditation has allowed him to become more in tune with his spiritual side and manipulate his ninpo for various uses.

By detaching himself form all emotion, Ryu (Street Fighter) is able to shun the Satsui no Hado and gain access to the Power of Nothingness. With this, Ryu enters an alternate state of consciousness in which he has complete control over his mind and body. 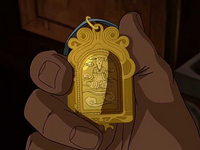 Guru Laghima (Avatar: The Legend of Korra) was an airbending master who attained complete spiritual freedom, unlocking the secret airbending powers of flight.

Vampires (Underworld) who undergo the Var Dohr Sacred Ritual reach the "Sacred World", a parallel plane of higher consciousness where they achieve inner clarity and a greater perception of things that even transcends death itself.

Sephiroth (Final Fantasy VII Remake) of the Edge of Creation, transcended reality, time and space, with higher consciousness level of the parallel timelines and universes. 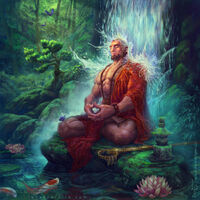 Monk undergoing meditation to attain tranquility of the mind and soul.

Aerith Gainsborough (Final Fantasy VII franchise) being half Ancient, possesses greater perception, communication with the Lifestream and the Planet, than normal humans.