Become the embodiment of history.

"Sometimes the discovery becomes massive and everybody in the world finds out at once and I end up on a pedestal. Sometimes they make me their leader, sometimes they call me an abomination, sometimes I get arrested and studied, usually it's all of this at once. I've been everywhere. I've done everything, spoken every language, built a pyramid, survived re-entry. History goes in cycles. If you watch it for long enough you can see the tipping points coming and be there when they happen. I invented fire, the wheel, the electric motor, antibiotics, you name it, every era, every country. Fought in X number of wars. Once, I actually ruled the whole world. I've walked on the Moon barefoot."
― Anne Poole (Fine Structure)

The ability to become the embodiment of history. Variation of Past Embodiment and Knowledge Embodiment.

Users become the embodiment of recorded history, representing civilization's ability to record the past and all events that occurred. Users can manipulate history and the events that happen during them, or at least manipulate the public's vision of what had happened. 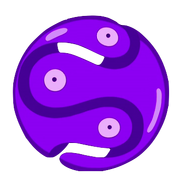 Book of Ages (Jackie Chan Adventures)
Add a photo to this gallery
Retrieved from "https://powerlisting.fandom.com/wiki/History_Embodiment?oldid=1278268"
Community content is available under CC-BY-SA unless otherwise noted.