Cardia (Code Realize) is a Homunculus created by a genius master alchemist Issac Beckford, bioengineered to be the host of an alchemical gemstone named Horologium for the purpose of transforming it into a Philosopher Stone.

Use the traits of a Homunculus.

The power to use the abilities of a Homunculus. Variation of Cryptid Physiology and Artificial Physiology.

User with this ability either is or can transform into a homunculus (plural "homunculi"), a type of artificial human connected to Alchemy, from the Latin for "little man". Their traditional depiction is as tiny people grown in jars, but they tend to differ a lot in the presentation. Homunculi generally act as a magician's assistant (a.k.a familiar), spy, messenger, or even assassin. They are capable of speech, though this is not always the case. If created correctly, they are loyal to a fault when it comes to their master.

As an artificial being, they lack many of the weaknesses of purely biological ones, and their creator may add other abilities depending of their skill.

As an artificial being, homunculi may have various abilities, especially those that include changing/manipulating their body or removing weaknesses, but various alchemical and/or supernatural abilities are possible.

Washio (Buso Renkin) is a hawk homunculus with the unique ability for partial transformation.

The Lesser Homunculi (Fullmetal Alchemist) swarming over a victim.

Roger the Homunculus (Hellboy/Dark Horse) works as a Paranormal Investigator for the Bureau for Paranormal Research and Defense/BPRD. 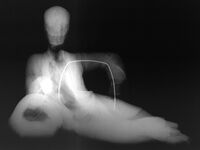 SCP-030 - The Homunculus (SCP Foundation) is made out of clay and has a great amount of knowledge. 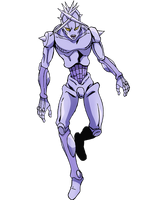 Like her clone sister Cardia, Canterella (Code Realize) is one of Issac Beckford's Homunculus originally created to be the host of a Philosopher's Stone. 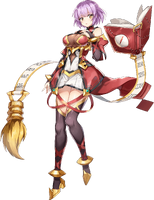 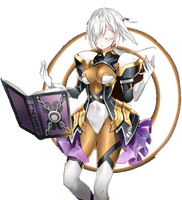 The Goddess (Ninja Gaiden) is a giant technomagical homunculus created by the Lords of Alchemy as their doomsday biological weapon, being infused with the Dragon Lineage blood, it is far more powerful than Vigoor Emperor and Archfiend Vazdah.

The Father (Full Metal Alchemist) was the first Homunculus ever created. 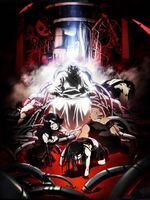 The Seven Homunculus (Full Metal Alchemist) are seven homunculus created by the father using parts of his own Philosopher Stone, each containing his vice.
Add a photo to this gallery
Retrieved from "https://powerlisting.fandom.com/wiki/Homunculus_Physiology?oldid=1610189"
Community content is available under CC-BY-SA unless otherwise noted.