Due to eating the Human-Human Fruit/Hito Hito no Mi, Tony Tony Chopper (One Piece) is a reindeer that can take on a human-like appearance.

Use the traits of humans.

"Destination is a primordial intention born in the mind of the creator that promoted him to create a certain object of inanimate nature, animate nature and the highest creature, a human being."
― Sunday Adelaja

"As far as we can discern, the sole purpose of human existence is to kindle a light in the darkness of mere being."
― Carl Jung

"My body may have its limitations, but if I put my mind to it there's no limit to what I can do. After all I'm only human."
― Cyborg (Teen Titans, "Only Human")

"What the... Its a bunch of animals acting like people!"
― Cletus Spuckler (The Simpsons)

"Human beings are strong because we can change ourselves."
― Saitama (One Punch Man)

"Why bother with a cell? This human body is prison enough."
― Albedo (Ben 10 Alien Force)

The ability to use the abilities of humans. Technique of Human Manipulation. Variation of Primate Physiology and Mortal Physiology. Not to be confused with Anthropomorphism. Opposite of Non-Human Physiology.

The users are human beings (homo sapiens), a race of sentient mortals rich with potential, possessing appropriate attributes, aspects and quantities that’s apart of their human nature such as beauty, intelligence, social skills and many other ordinary traits that makes up for their lack of supernatural powers and makes them well developed beings. Most humans are capable of reaching their full potential as they train and learn to grow, as they can advance themselves to reach the superiority of their mundane status to their peak, as they hone their skills and abilities.

Non-human of this physiology are considered anthropomorphic beings who personify human characteristics or can transform into a humans. They can also gain humans dexterity with our opposable thumbs and gain human intelligence.

The Angels (Angel Tales) are all former animals that were reincarnated into human form after their deaths. 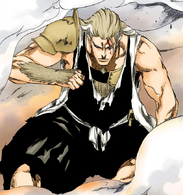 Carla (Fairy Tail) as a human.

The Hito Hito no Mi/Human-Human Fruit (One Piece) allows its user to transform into a human hybrid or a human at will while also granting them human intelligence. 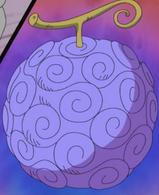 The Hito Hito no Mi, Model: Nika (One Piece) allows its user to transform into a Cartoon human.

Onimaru (One Piece) is a fox that ate the Hito Hito no Mi/Human-Human Fruit, Model: Onyudo...

...granting Onimaru humanlike intelligence and the ability to transform into a humanoid monk Yokai named Gyukimaru at will.

Sengoku (One Piece) is a human that ate the Hito Hito no Mi/Human-Human Fruit, Model: Daibutsu; allowing him to become a golden Buddha statue at will.

Unlike the other angels of the series, Tabris, the 17th angel (Neon Genesis Evangelion) has the appearance of a regular Homo Sapiens (Lilin). His human identity is Kaworu Nagisa, the fifth child

Principal Nezu's quirk, High Specs (My Hero Academia) gives him an intellect similar to that of a human

Simion (Dexter's Laboratory), a chimpanzee who was mutated by gamma rays, giving him a human-like physique and the ability to speak the human language.

Overlanders (Archie's Sonic the Hedgehog) are slightly-mutated descendants of the former human race from planet Earth. 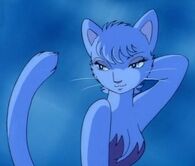 Bagi (Bagi, the Monster of Mighty Nature) was experimented that gave her human qualities and intelligence.

Joe and Shark (Help! I'm a Fish), got human characteristics of a bottle of antidote by Professor McKrill. 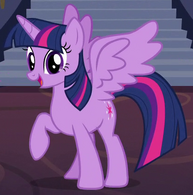 After entering a magic mirror into another world, Princess Twilight Sparkle (My Little Pony Equestria Girls) takes the form of the world's inhabitants...

Norm (Norm of the North) possess a unique trait to speak and emote like a human. 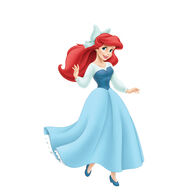 Ariel (Disney's The Little Mermaid), as a human.

Magnus Bane (The Mortal Instruments) is the offspring of a demon and a human, which grants him the traits of human appearances, with magical powers.

Cole Turner (Charmed) was bread from a human father and demon mother, to have human physical appearance traits so he could blend in within the human world.

After merging with Mr Diagoras, Dalek Sec (Doctor Who) became a half Human, half Dalek hybrid.

Aaron Corbett (Fallen) is a nephilim and angel with human traits. 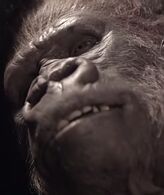 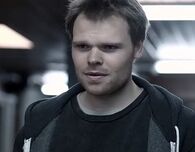 Dante and Virgil (Devil May Cry) are the sons of a demon father and human mother, giving them human attributes and traits such as physical appearances like any other human, but no human limitations due to there demon heritage. 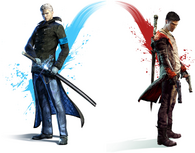 Vergil And Dante (DmC: Devil May Cry) are purely nephalem union between a demon father and an angel mother with human-like appearance. 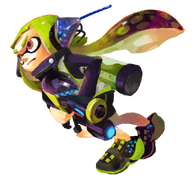 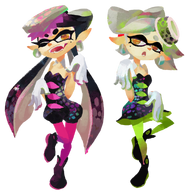 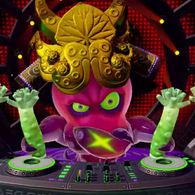 DJ Octavio (Splatoon), like all Octarians, possesses both octopus and human traits.

Annie (Splatoon, the sea anemone) and Moe (the clownfish)... 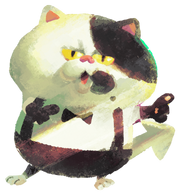 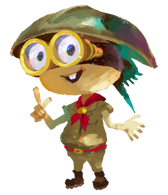 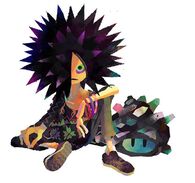 ...and Spyke (the sea urchin) are all non-human animals with human-like qualities. 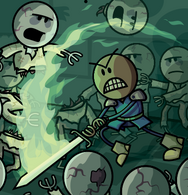 Roy Greenhilt (The Order of the Stick) 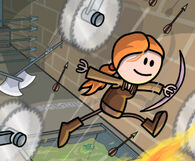 Haley Starshine (The Order of the Stick) 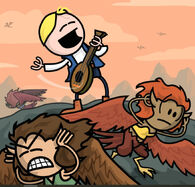 Elan (The Order of the Stick) 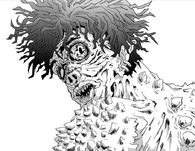 Sweet Mask (One-Punch Man webcomic) is a monster capable of transforming his body into a human one, both physically and biophysically. When angered, his real form is revealed.
Português do Brasil
Community content is available under CC-BY-SA unless otherwise noted.
Advertisement