Despite being a vampire, Count Dracula (Dracula), was able to keep his human appearance and intellect intact unlike other vampires.

Users can keep their humanity/human qualities intact; despite being converted into something that is no longer human at all, they are able to still keep fragments of their humanity unchanged making them whole, self-aware and capable of human empathy/connection rather than feral minded monsters.

Advanced users can have their complete humanity flawlessly and permanently intact, being perfectly unchanged in every way; spiritual, emotional, mental, physical, etc, and being able to be immune/rejective to conversion based powers/methods without any fear of being turned into anything less than human. 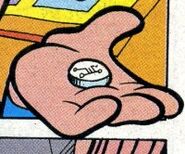 The Neuro-Overrider (Archie's Sonic the Hedgehog) allows the user to retain their minds and free will after undergoing Robotization.

Despite being turned into a vampire, Django (Boktai series) was able to retain his human mindset and personality thanks to the power of the Pile Driver.

Despite being a Heartless, Ansem, Seeker of Darkness (Kingdom Hearts series) was able to retain his human intelligence, memories, and selfhood...

...a trait shared by Sora when he temporarily became a Heartless himself. 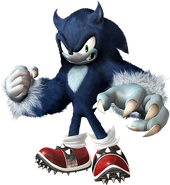 Even after being infected by Dark Gaia's energy and turned into a Werehog, Sonic the Hedgehog's (Sonic the Hedgehog series) willpower was strong enough to render him immune to the corruption, allowing him to retain his intelligence and personality.

Lucian (Underworld series) was the firstborn of his generation with a human form from the body of his werewolf mother, keeping his human qualities such as intelligence, appearances and emotions maintained being able to shift from man to Lycans at will.
Add a photo to this gallery
Retrieved from "https://powerlisting.fandom.com/wiki/Humanity_Retainment?oldid=1519467"
Community content is available under CC-BY-SA unless otherwise noted.