Donatello (Teenage Mutant Ninja Turtles/Paramount) tests the purple mutagen which can be synthesized to turn the turtles into humans.

"Here is one who was born as human, lived as a human and died as a human."
― Scar (Sunday Without God)

"You're willing to cast it aside? To lower yourself to a simple human?"
"What do you mean 'lower myself'? That's the only thing I've ever been. Just a simple human that couldn't save a little girl. Not even with alchemy."
― Truth and Edward Elric (Full Metal Alchemist: Brotherhood)

"I want you to live this new life to the Fullest. Find a wife. Make babies. And when you die and your soul comes to heaven, find me. Tell me your Story. Now Go."
― Metatron to Castiel (Supernatural S8E23: Sacrifice)

The power to transform non-human beings into actual humans. Variation of Conversion and Conversion Negation. Not to be confused with Mortalization

The user can transform themselves or other beings into regular humans (or if they are super-powered members of other species, to normal members of their species) by removing all of their supernatural traits, which renders their target completely powerless.

This is different from Power Erasure in its ability to eliminate all supernatural traits from the target, including their natural affinity, and sometimes DNA.

Batman (The Batman vs Dracula) using his cure for vampirisim to transform one of Count Dracula's victims back into a human. 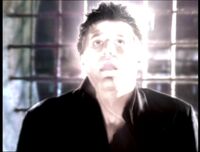 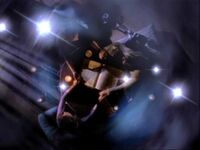 When the Charmed Ones (Charmed) relinquish their powers, they become mortals. 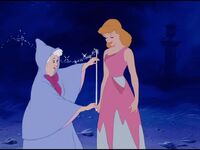 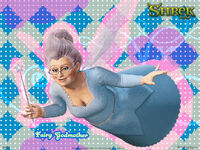 Using Purified or Blessed blood, Father Max Thompson (Supernatural) created the Demon Curing Ritual, a ritual that can be used to cure a demon, turning them back into humans.

After removing his grace, Metatron (Supernatural) turned Castiel into a human.

Created by Guybrush Threepwood to defeat LeChuck, The Cursed Cutlass of Kaflu (Tales of Monkey Island) instead turned LeChuck back into a human.
Add a photo to this gallery
Retrieved from "https://powerlisting.fandom.com/wiki/Humanization?oldid=1642293"
Community content is available under CC-BY-SA unless otherwise noted.