Lapis Lazuli (Steven Universe) uses her wings to get off Earth.

Create wings made out of water.

The ability to form and use wings made out of water. Sub-power of Hydrokinetic Constructs. Variation of Elemental Wing Manifestation.

The user has or can form wings out of water, and use them from transportation to offensive and defensive purposes such as using them as a shield. 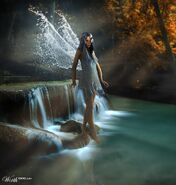 An example of this power. A river fairy manifesting it's wings.

The Watery Card (CardCaptor Sakura) manifesting wings of water enabling her to fly around when used by Sakura for attacks.

Misaka (A Certain Magical Index) forming wings by manipulating the water vapor forming it into wings using the static electricity from interactions between particles. 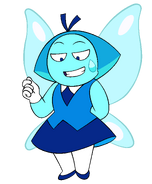 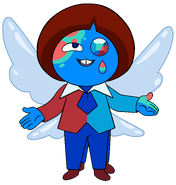