"What you feel now is the power of my hypnotic gaze stopping you from making further fools of yourselves!!"
― Sauron to the New Avengers (Marvel Comics)

The power to hypnotize others via eye contact. Variation of Hypnosis.

User can use eye contact to affect or directly influence other people's minds to their commands. 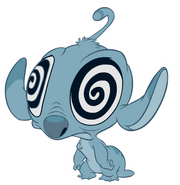 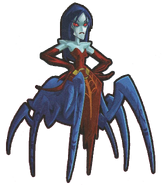 Slade (Teen Titans Go! To the Movies) with the doomsday device

Brother Blood (Teen Titans)
Add a photo to this gallery

SCP-1529 King of the Mountain (SCP Animation)
Add a photo to this gallery
Retrieved from "https://powerlisting.fandom.com/wiki/Hypnotic_Vision?oldid=1659810"
Community content is available under CC-BY-SA unless otherwise noted.