A supreme master of Gentle Blade style, Brook's (One Piece) Hanauta Sancho: Yahazu Giri/Three-Verse Humming: Arrow-Notch Slash can strike down his opponents with such tremendous speed that it appears that he didn't attack his opponent at all.

Having a natural/developed understanding of the Iaido swordsmanship.

"Swords are made to return to their scabbards."
― Uesugi Kenshin, Sengoku Basara Battle Heroes

The ability to have an innate knowledge of iaido. Variation of Martial Arts Intuition and Sport Intuition. Sub-power of Enhanced Swordsmanship & Supernatural Swordsmanship.

The user has an innate knowledge of iaido, a type of swordsmanship that emphasizes being aware and capable of quickly drawing the sword with precision and responding to a sudden attack. 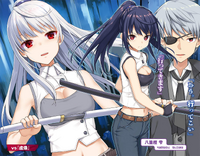 A formidable master of Iaijutsu,Shizuku Yaegashi (Arifureta Sekai Saikyou) smoothly quick drew her Tsumehirameki to slay her doppleganger in one slash.

Kagura Mikazuchi (Fairy Tail) is a extremely powerful master of the Iaido based swordsmanship Style of the Undrawn Sword as she wields her sword Archenemy with powerful precision and power...

...and even fought and matched Erza, the strongest magic swordswoman within the Fairy Tail gulid.

Through battle experience and his own incredible caliber as a swordsman, Roronoa Zoro (One Piece) has immense mastery of Iaido as he defeated and cut down the steel bound Devil Fruit user, Daz Bones/Mr.1 with his Ittoryu Iai: Shishi Sonson/Lion Song technique...

...sliced apart a train carriages with his Nitoryu Iai: Rashomon...

...and easily cut through Hody Jones's doped up body as his technique has grown stronger since two years of intense training.

Shiryu of the Rain (One Piece)

A master swordswoman, Kyou Kai (Kingdom) exhibits total control over her strength as she skillfully draws her sword to cut Ri Shin's clothing without harming him in the blink of an eye.

Princess Mira (Samurai Jack) is shown practicing her quick draw. She repeatedly slashes the drops of water falling from an icicle to the other bounty hunters' amazement.

Muramasa (Ninja Gaiden) uses Iaijutsu to slay some of the most elite Black Spider Ninja with immense ease. 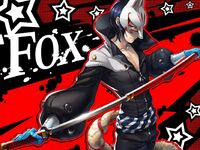 Yusuke Kitagawa (Persona 5) is highly skilled in Iaijutsu, quick drawing his katana in an instant to cut enemies in one swift stroke. 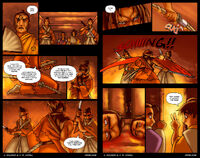 As one of the most skilled samurai of his generation, Genchu Daisuke-Wataro (No Need For Bushido) can easily kill an opponent with his powerful Battōjutsu.

Zoro VS Erza (One Piece VS Fairy Tail) DEATH BATTLE!
Community content is available under CC-BY-SA unless otherwise noted.