The ability to generate from within oneself ice/cold and release them from the mouth. Sub-power of Ice Attacks and Cold Manipulation. Variation of Water Breath. Opposite of Fire Breath and Heat Breath. 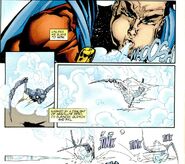 Dulcy the Dragon (Sonic SatAM) breathing ice from her nostrils.

Both Max and Phoebe (The Thundermans) can breathe a wave of pure cold from their breaths to freeze both people and ghost or project ice projectiles from their mouths. They can undo the effects by using their Heat Breaths. 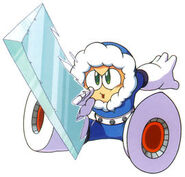 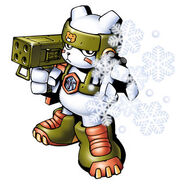