The ability to heal by using ice. Variation of Healing Water. Combination of Ice Manipulation and Healing.

The user can heal themselves or others by using ice, absorbing frozen energies and using them to freeze molecules, renewing damaged cells, causing them to stop bleeding. Ice can also provide energy to close up wounds, and allowing optimal health. 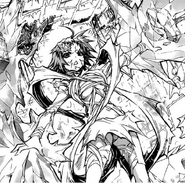 Youka Naze (Medaka Box) can use ice to seal wounds by freezing her skin and veins, as well as keep her head cool to prevent suffering from mental damage.

Vanillish (Pokemon) healing its injuries at a slow but steady rate while being in a Hail due to its Ice Body. 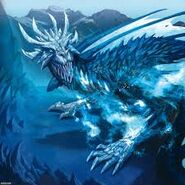 After using an Ice gem, Tabbakumu/Ice Dragons (Combat of Giants) can heal damage after a successful attack.

Lissandra, the Ice Witch (League of Legends) can entomb herself in ice to heal. 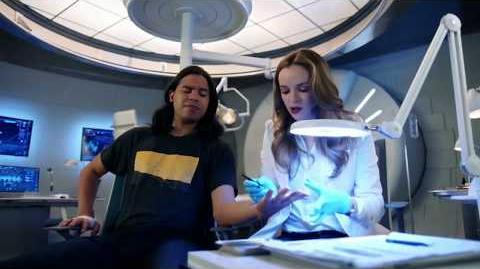 Caitlin a.k.a. Killer Frost (The Flash) heals Cisco's hand with ice
Community content is available under CC-BY-SA unless otherwise noted.