Elsa (Frozen) possesses extremely potent ice and snow magic and sorcery that allows her to cast a myriad of ice-related spells, such as creating magical frost, extracting memories from water and ice or even conjuring mystical blizzards at will.

The power to use ice-based magic. Form of Magic. Variation of Ice Manipulation and Water Magic.

Users are able to perform a legendary form of magic that allows the user to cast magical spells and feats through ice. In cold regions or the cold season, the user is capable of utilizing unlimited magical powers unless removed from the cold region or the cold season as passed. Most people who use this power is called an ice wizard/witch. 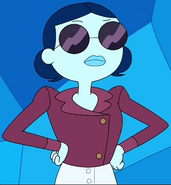 Ice King (Adventure Time) is notable for performing this power through the use of his crown. 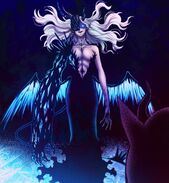 Lilith (Black Clover) is one of the Highest-Ranking Devils of the Underworld with the ability to cast sinister ice-related spells and manipulate powerful demonic ice using her innate magic attribute, Demon Ice Magic.

Sister Friede (Dark Souls III) is able to channel ice magic through her scythe, allowing her to inflict frostbite on others. 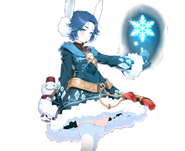 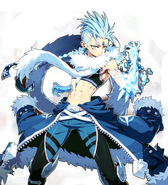 Gray Fullbuster (Fairy Tail) can use his Ice-Make Magic to create inanimate objects or weapons. 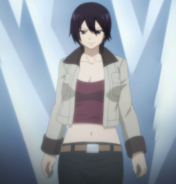 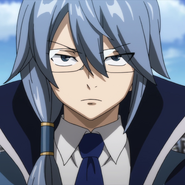 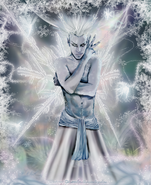 Santa Claus (Folktale) the most famous and lovably user of the power, who can drop almost anything on Christmas even can travel the globe in one night. 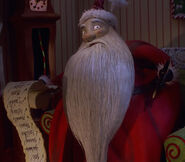 Santa Claus (The Nightmare Before Christmas) was able to make it snow in Halloween Town, a world that is in perpetual autumn.

Ingrid/The Snow Queen (Once Upon a Time)

Jack Frost (Rise Of The Guardians) Guardian of Fun and Winter.

Periwinkle (Secret of the Wings) as a Frost Fairy, is able to create ice, snow and frost. 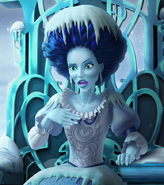 Thaumaturges (Wizard 101) are wizards and witches from the School of Ice, their specialties versed around ice magic.

Reycom (Zatch Bell!) is a demon whose spells all use the power of ice.

After his partner Sauza uses a spell to equip him with armor, Karudio (Zatch Bell!) gains the power to manipulate ice.