"Maybe I was born a peasant, but I'm going out an ice queen!"
― Jacqueline Bouvier after transforming into a living ice statue (The Simpsons)

The power to transform into or have a physical body made up of ice. Technique of Ice Manipulation. Variation of Water Mimicry and Solid Mimicry. Opposite of Fire Mimicry.

The user is made up of or can transform their body completely into ice. A user's transformed form is anatomically identical to their normal form, aside of being made of ice, in which case it contains all to organs and is somewhat vulnerable to attacks. Alternately the user can transform into homogeneous matter, without any part of their form being more important than the other. 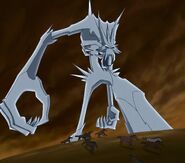 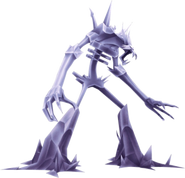 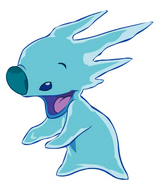 Ice Elementals (Serious Sam) are Golems built out of ice, and are first located on the Ice Planet, which is the direct opposite to the Lava Planet. Their signature ability is to scatter, and throw prism-shaped ice in a horizontal pattern. 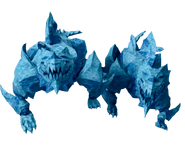 Tridart (W.I.T.C.H) from the numerous icy stalactites found in the cave which Nerissa was sealed in. 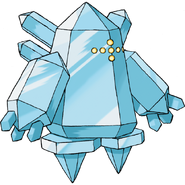 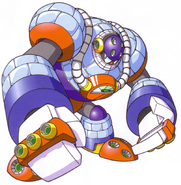 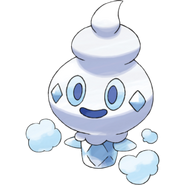 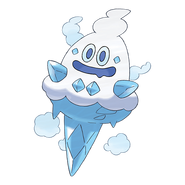 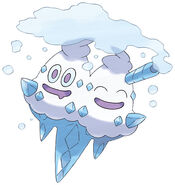 Metarex Crystal (Sonic X)
Add a photo to this gallery
Retrieved from "https://powerlisting.fandom.com/wiki/Ice_Mimicry?oldid=1764843"
Community content is available under CC-BY-SA unless otherwise noted.