Kisame (Naruto) can control and communicate the sharks he summons.

The power to influence and control all forms of fish. Variation of Animal Manipulation and Aquatic Life Manipulation.

The user of this ability can influence and control all forms of fish and use them to do their bidding (help in a fight, save someone, kill someone, etc). User could also call them from any ocean in the world (for example, calling a great white shark in the Atlantic ocean while being in the Indian ocean). User can also understand or communicate with them, hence creating and strengthening friendships. 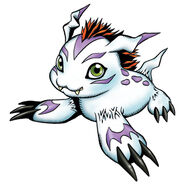 Merfolk (One Piece) can use sonar waves to speak to and command fish, uncommonly whales, and very rarely, Sea Kings.

When Aqua (Marchen Awakens Romance) blows into her Nature ÄRM, Supikara, she can call on dangerous fish to assist her in battle.
Add a photo to this gallery
Retrieved from "https://powerlisting.fandom.com/wiki/Ichthyoid_Manipulation?oldid=1285583"
Community content is available under CC-BY-SA unless otherwise noted.