Peter Griffin (Family Guy) can turn anybody he touches into Robin Williams.

"What can change the nature of a man?"
― The Nameless One (Planescape: Torment)

The ability to alter any aspect of anybody, including their identity. Sub-power of Biological Manipulation.

The user is able to modify and/or change a person's identity, including personality, preferences, race, sex, and other various aspects. Some can add more to their identities and make them believe something they didn't before. One with this ability could turn somebody into a completely different person altogether. If that person has a superpower, then the user could either take it away from them or enhance it. 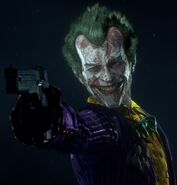 The Joker (Batman: Arkham) injected five individuals with his blood, with it overriding their identities and personalities with aspects of his own... 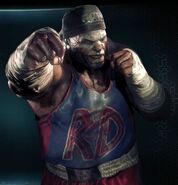 ...with Albert King taking on his brutality and sadism...

...and Batman developing a split personality based on the Joker himself. 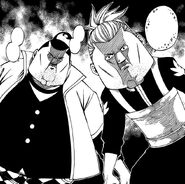 Because of Ichiya's (Fairy Tail) 'Forbidden' Perfume, everyone who sniffs it becomes Ichiya.

Chrollo Lucifer (Hunter x Hunter) stole an ability called Convert Hands if he touches someone with this mark will cause them to take on Chrollo likeliness.

Spawn (Image Comics) uses his magic to turn Zachery Missen of the KKK...

After becoming a computer virus, Agent Smith (The Matrix) gained the ability to override the identity of anyone, human or program alike, turning them into his clones. 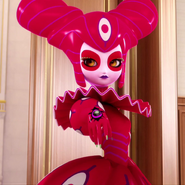 Reflekta (Miraculous: Tales of Ladybug & Cat Noir) has the power to make anyone shot by the laser from her wrist-mirror look identical to her.

Dr. Eggman's Evil Cookies (Sonic Boom), when infused with DNA from a specific person, transform those who consume them into a clone of said person...

...with Sonic's friends being transformed into clones of Eggman after eating cookies infused with Eggman's DNA...

...and Eggman himself being transformed into a clone of Sonic after being force-fed a cookie infused with Sonic's DNA.

The Thinker (The Flash) used a combination of Dibny's metamorphosis and Melting Point's genetic altering abilities to mimic John Diggle to infiltrate A.R.G.U.S.

Virox (Power Rangers Megaforce)
Add a photo to this gallery
Retrieved from "https://powerlisting.fandom.com/wiki/Identity_Manipulation?oldid=1697664"
Community content is available under CC-BY-SA unless otherwise noted.