User with this ability either is or can transform into an Imp, a small lesser Demon, often shown as small and not very attractive creatures. Many look like miniature stereotypical demons: red skin, horns, bat-wings and barbed tail. 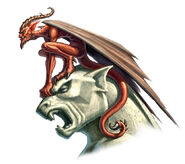 The Doom imps throw fireballs, and are no threat to any berserker packing man and a half. 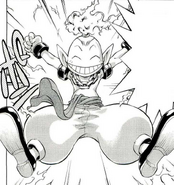 Arch Imp (Monster Girl Encyclopedia)
Add a photo to this gallery
Retrieved from "https://powerlisting.fandom.com/wiki/Imp_Physiology?oldid=1148808"
Community content is available under CC-BY-SA unless otherwise noted.