Due to its overwhelmingly powerful life force, Tyrant (Akame ga Kill) is still alive and conscious even after being transformed into the teigu armor, "Incursio".

Remain alive even when in state that should cause one to die.

The power to remain alive even when in a state of being where death should be unavoidable. Sub-power of Absolute Survivability.

User can remain alive even when stuck in a state where death is unavoidable, such as being transformed from their natural state into something like a suit of armor and/or possibly an inanimate object such as a chair or table. Their life-force and consciousness will not only remain active but is even be able to move and act on their own, even when it should be physically impossible.

Lorne (Angel) was able to remain alive after being beheaded, even being able to reattach his head to his body.

Gruntilda "Grunty" Winkybunion (Banjo-Kazooie) has managed to remain alive even after first being trapped underground for two years and rotting into a skeleton, and then being reduced to nothing but a head. 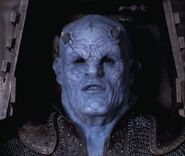 The Judge (Buffy the Vampire Slayer) continued to live for six hundred years even after being dismembered and having his body parts scattered and buried.

Thanks to the magic of Amy Madison, Warren Mears (Buffy the Vampire Slayer) was able to remain alive even after being flayed by Willow Rosenberg.

Mr. Freeze (DC Animated Universe) has lived for 40 years as nothing more than a disembodied head.

Mira (Dragon Ball Xenoverse) remains alive and fully conscious despite having been reduced to nothing but a blob of flesh.

After being incinerated in the Earth's sun, Cooler (Dragon Ball Z) continued to live on despite being reduced to little more than a disembodied head, until he was integrated into the Big Gete Star.

Even after being resurrected literally in pieces, Frieza (Dragon Ball Z) was able to remain alive, even trying to pull his body back together.

Unlike all of Majin Buu's other victims, Vegito (Dragon Ball Z) remained alive and retained his full power even after being transformed into a coffee-flavored jawbreaker.

After being caught in an explosion, Hector Con Carne (Evil Con Carne) continued to survive despite being reduced to nothing but a brain.

The Planet Express crew (Futurama) managed to stay alive and head for a real doctor after being "treated" by Zoidberg's power tools, gypsies curses and hypnosis.

Having received the immortal blood from Shouyou, Oboro (Gintama) was able to cling onto life despite multiple fatal injuries.

The Tendoshu (Gintama) received immortal blood from Utsuro, thus anchoring themselves to life. However, unlike Oboro, they filled themselves to the brim with the blood, leading to their mortal flesh to corrode from the instability, thus prolonging their pain to gruesome states until they rot away completely.

Thanks to Kan-Ra's magic, Eyedol (Killer Instinct) is able to remain alive despite having his head cleaved in two.

Kain (Legacy of Kain) was able to survive and continue living despite having his heart ripped out.

As he is an immortal Elder God, Shinnok (Mortal Kombat) remains alive and fully conscious despite being reduced to nothing but a severed head.

Hidan (Naruto) survived despite having his entire body blown apart, leaving his dismembered head to bellow insults at Shikamaru.

After self-destructing to save his friends, Emil (NieR) was reduced to just a head, but was not the least bit inconvenienced by it.

Due to the power of the Yomi Yomi no Mi, Brook (One Piece) is able to stay alive despite being nothing but a skeleton.

Despite losing all of his limbs and being burned alive in a magma flow, Anakin Skywalker/Darth Vader (Star Wars) was able to keep himself alive using the Force long enough to receive medical attention.

Even after being prepared and turned into a meal, ANOTHER (Toriko) was able to not only remain alive but even reform itself into its original form as well as replicate itself endlessly.

The Warlock (The Warlock's Hairy Heart) removed his heart from his own body via dark magic, and continued to survive without the vital organ beating inside his own body.
Add a photo to this gallery
Retrieved from "https://powerlisting.fandom.com/wiki/Impossible_State_Survival?oldid=1532535"
Community content is available under CC-BY-SA unless otherwise noted.