Index Librorum Prohibitorum (To Aru Majutsu No Index) is a living magical library, holding within herself no fewer than 103,000 grimoires.

Encode any and all sources or information, history, data, etc.

All humans die eventually. But knowledge doesn't, it been passed down for two million years.Senku Ishigami (Dr. Stone)

There's a whole series of beautiful Mozart and Wagner records, in still very pristine condition. But, never a Bible. Until now. May I ask what condition it's in?"

"It's beat up. But it will do the job.Lombardi and Eli relating the fact that he memorized and recorded every single line in the King James Bible (Book of Eli)

The power to encode and preserve any and all sources or information, history, data, etc. Sub-power of Knowledge Manipulation.

The users of this power can index any and all different kinds of information, DNA, data, history, etc. The user can preserve such sources by putting them in a computer, vault, book, separate dimension, or on their own body or soul for protection. 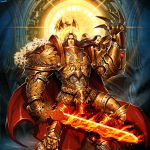 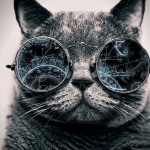