Harness the power of a beast living inside of you.

"I've had a demon inside me for a couple hundred years... just waitin' for a good fight."
― Angel (Buffy the Vampire Slayer)

The power to harness the power of a beast living inside of you. Variation of Inner Being.

The user can harness the power of their inner beast; an innate creature that lies within them that grants them great power, strength and ferocity. This allows them to use their unique abilities to vastly increase their own existing ones and/or unlock new ones. The nature of the beast is naturally bound to the user's characteristics, experience and inner nature, which they can ultimately manifest into potentially anything, be they wild or tame, singular or multiple, and so on. 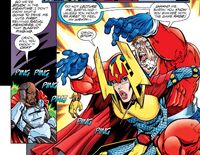 Whenever they see a full moon and have a tail, Saiyans (Dragon Ball) become monstrous, rampaging Oozaru/Great Apes.

Broly's (Dragon Ball Super) Wrathful form is the result of him tapping into the power of the Great Ape while in his base Saiyan form. 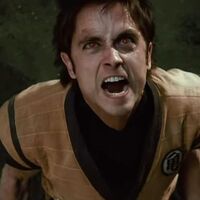 Goku (Dragon Ball Evolution) is the base Saiyan form/host of the monster Oozaru, and can tap into the latter's power.

After eating his mummified finger, Yuji Itadori (JUJUTSU KAISEN) became a living host to the demonic Curse entity known as Ryomen Sukuna, the King of Curses.

…but with him saying YES, it also ensures a never ending war for the man who would become the Punisher.

Turbo K.O. (OK K.O.! Let's Be Heroes) is the manifestation of K.O.'s fear, anger, and rage he held inside himself. 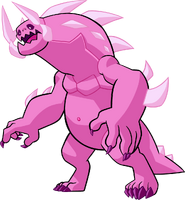 When his past trauma, feelings of purposelessness, and views of himself of a monster finally overloaded, Steven Universe (Steven Universe Future) transformed into a ginormous, kaiju-like beast.
Add a photo to this gallery

いのちの食べ方 - Eve MV
Add a photo to this gallery
Retrieved from "https://powerlisting.fandom.com/wiki/Inner_Beast?oldid=1670791"
Community content is available under CC-BY-SA unless otherwise noted.