Have or create inner world.

"Tell me one last thing. Is this real? Or has this been happening inside my head?"
"Of course it is happening inside your head, Harry, but why on earth should that mean that it is not real?"
― Harry Potter and Albus Dumbeldore while in Limbo (Harry Potter)

The ability to have or create an inner world, in one's mind and soul. Variation of Alternate Universe Creation, Dimension Creation, and Personal Domain.

User can create inner worlds within their own minds and souls, that they are able to manipulate in any way they want: they can control time, space, reality, gravity, weather, and anything they can think of. Users may even have a nexus or matrix within their world. 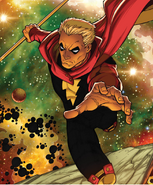 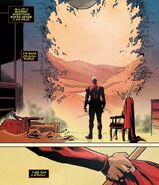 After consuming the Space between Time, Acnologia (Fairy Tail) created his own inner world.
Add a photo to this gallery
Retrieved from "https://powerlisting.fandom.com/wiki/Inner_World_Creation?oldid=1534762"
Community content is available under CC-BY-SA unless otherwise noted.