Qwasers (Seikon no Qwaser) can wield their respective inorganic materials in battle.

The power to utilize inorganic matter in combination with physical combat. Technique of Inorganic Manipulation. Variation of Combat Merging. Opposite to Organic Combat.

User who possesses Inorganic Manipulation and/or its sub-powers has learned to infuse their preexisting combat styles with the inorganic matter they can control. 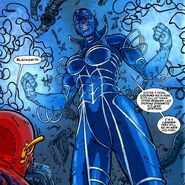 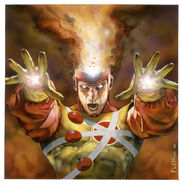 Priscilla Kitaen/Voodoo (DC/Wildstorm Comics)
Add a photo to this gallery
Retrieved from "https://powerlisting.fandom.com/wiki/Inorganic_Combat?oldid=1513480"
Community content is available under CC-BY-SA unless otherwise noted.