The possibilities of this ability are endless.

The power to duplicate any non-biological object. Sub-power of Replication and Inorganic Manipulation.

User with this ability can duplicate/make copies of any non-biological object, they could replicate extremely rare objects to sell and make money off of, or replicate anything they need more of (particular medication, money, food, etc.). 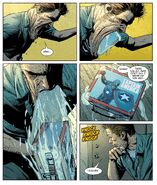 Mikitaka Hazekura's Terra Ventus/Earth Wind and Fire (JoJo's Bizarre Adventure Part IV: Diamonds are Unbreakable) allows him to transform into any object.
Add a photo to this gallery
Retrieved from "https://powerlisting.fandom.com/wiki/Inorganic_Duplication?oldid=1572737"
Community content is available under CC-BY-SA unless otherwise noted.