Glorificus "Glory" (Buffy the Vampire Slayer) must periodically drain the sanity from humans to maintain her own.

"I've demonstrated there's no difference between me and everyone else! All it takes is one bad day to reduce the sanest man alive to lunacy. That's how far the world is from where I am. Just one bad day."
― The Joker (Batman The Killing Joke)

"You didn't think I would risk losing the battle for Gotham's soul in a fist fight with you. No, you need an ace in the hole. Mine's Harvey. I took Gotham's white knight and brought him down to our level. It wasn't hard. See madness, as you know, is like gravity. All it takes is a little push."
― The Joker, The Dark Knight

The ability to cause others to go insane. Sub-power of Madness Manipulation. Variation of Mental Inducement. Opposite to Sanity Inducement.

User can cause madness in a person or group of people that have no mental illness, depending of the users will victims may go slightly loopy or lose total grip of reality, becoming delusional, lose control over themselves, paranoid, catatonic or hostile. 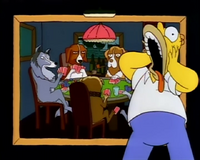 Homer Simpson (The Simpsons) gazed upon the painting of Dogs Playing Poker, going mad from the illogical sight. 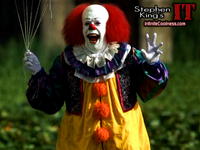 No living being can come face to face with Pennywise's (Stephen King's It) true form of "the deadlights" without instantly going completely insane. 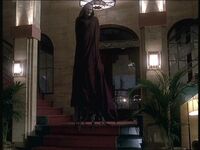 Thesulac Demons (Angel) drives humans insane by tormenting them with their hidden fears and insecurities. 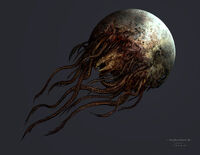 Through their Markers, the Brethren Moons (Dead Space) use their psionic powers to drive organic minds irreversibly insane, making them worship the Markers and Moons as gods, engage in ritualistic suicide, and violently remove any fellow resistance.

Torture from the Cruciatus Curse (Harry Potter) can cause permanent mental damage. Death Eaters tortured Neville Longbottom’s parents to the point they couldn't remember him. 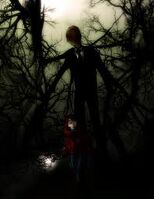 It is said by Yuuki Tenpouin (Code:Breaker) that anyone who looks into Seeker's eyes would be driven mad, due to its unbearably coldness.

Reiki, in the hands of a special power user, can cause the wielder to go insane from the overflowing powers it absorbs. 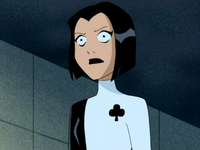 Ace (Justice League) accomplishes this by altering the perceptions of others.

The Joker (DC Comics) wants to show the world that they all are just one bad day away from being as insane as he is. He has driven many individuals to the depths of madness with his greatest and ongoing project being the dark knight himself.

Clownpiece (Touhou Project) explaining how she can "mess with the minds" of those who see the light of her torch. 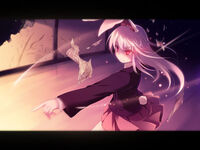 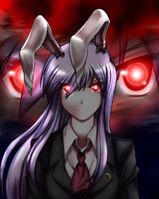 ... has the ability to manipulate insanity through her lunatic eyes.

The Flare (The Maze Runner) is the name for a deadly virus that attacks the brain. As a result, those who catch it become violent, unpredictable and insane.

SCP-012 - A Bad Composition (SCP Foundation) is a musical scroll that attracts its victims in its vicinity with hypnotic music and, when they read it, causes them to injure themselves to death.

The Great Ones (Bloodborne) are a diverse race of eldritch gods that are so beyond a normal human's comprehension, seeing them or even learning of them and their ways secondhand can induce insanity. 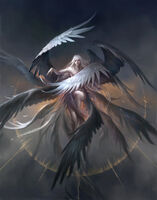 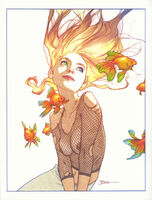 Delirium of the Endless (Vertigo/DC Comics)

The Ancients (Eternal Darkness) and their multitude of minions can all deplete humans of their sanity simply through their presence. 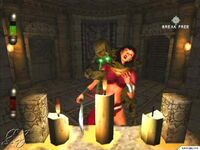 According to Gaunter O'Dimm (The Witcher), anyone who has learned his true name went either insane, dead, or both. 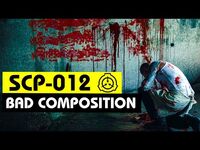 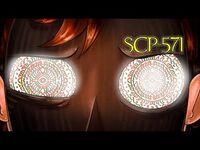