Use the traits of a Insect Dragon

User either is or can transform into an Insect Dragon. Unlike a normal dragon, an Insect Dragon has a physical resemblance to insects and generally has the same abilities (example, if it looks like an ant it most likely can shoot venom). Some Insect Dragons share various things with Insect Physiology like a Dermal Armor that sometimes can be mistaken for a real armor, while the truth is that that armor is part of their skin. 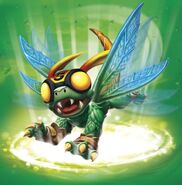 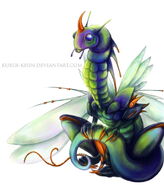 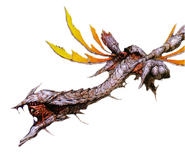 Divine Dragon (The Legend of Dragoon)

Dragonflies (Smurfs: The Lost Village)
Add a photo to this gallery
Retrieved from "https://powerlisting.fandom.com/wiki/Insect_Dragon_Physiology?oldid=1361431"
Community content is available under CC-BY-SA unless otherwise noted.