Use the traits of insects.

"It’s phenomenal that any insect transforms. They all do. That’s part of being an insect."
― David Cronenberg, Bomb Magazine (Winter, 1989) interview by Bette Gordon

The power to use the abilities of insects. Variation of Animal Imitation and Animal Morphing.

User with this ability either is or can mimic/transform into an insect, including cockroaches, beetles, earwigs, flies, mayflies, termites, mantises, sticks, etc.

Hive members (Destiny) are a race of insectoid aliens that are extremely hostile to many races. 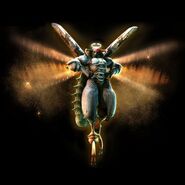 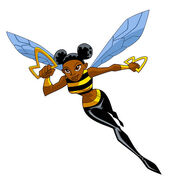 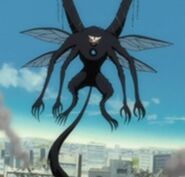 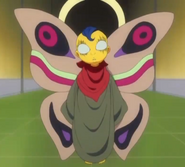 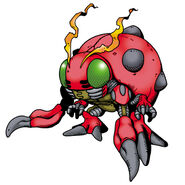 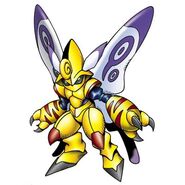 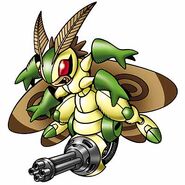 After injecting himself with an unstable formula, Mohinder Suresh (Heroes) slowly turns into an insect monster. 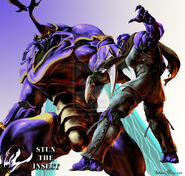 Seth Brundle (The Fly) has become the Brundlefly. 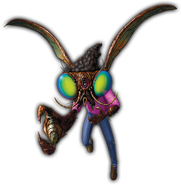 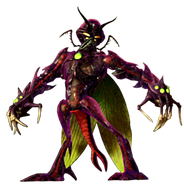 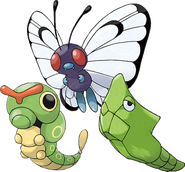 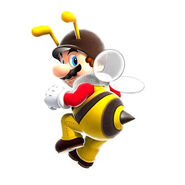 A group of Arlians (Dragon Ball)

Twinmold (The Legend of Zelda) 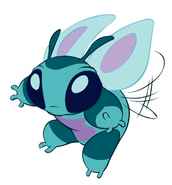 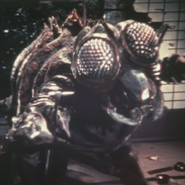 In order to make a point, he turns a baby meant to be sacrificed to him into Beelzebaby (Grindhouse and Watercolors), a giant fly meant to resemble him in his own image. 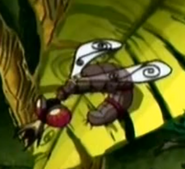 Manchurian Musca (Xiaolin Showdown) can turn the user into a fly 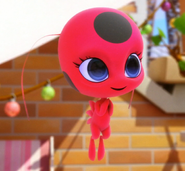 Tikki (Miraculous: Tales of Ladybug & Cat Noir) is the kwami that grants magic power to the Ladybug Miraculous, granting powers to the owner of the Miraculous. 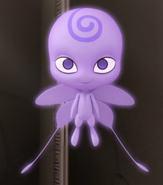 Nooroo (Miraculous: Tales of Ladybug & Cat Noir) is the kwami that grants magic power to the Butterfly/Moth Miraculous, granting powers to the owner of the Miraculous. 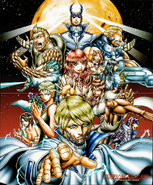 Most members of the Annex 1 (Terra Formars) have insect DNA embedded in their own, which allows them to transform into insect hybrids and utilize powers with that insect...

Such as Shokichi Komachi (right) and Thien (left) who have the abilities of the Japanese Giant Hornet and the Desert Locust respectively. 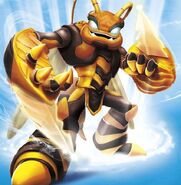 Despite her title, Rom, the Vacuous Spider (Bloodborne) more closely resembles a gigantic pillbug than an actual spider.

Maggie Pesky (The Buzz on Maggie)

Web Woman (Web Woman)
Add a photo to this gallery
Retrieved from "https://powerlisting.fandom.com/wiki/Insect_Physiology?oldid=1607496"
Community content is available under CC-BY-SA unless otherwise noted.