The Sandman (Courage the Cowardly Dog) could remove another's ability to sleep.

The power to remove another's ability to sleep. Sub-power of Sleep Manipulation. Opposite to Sleep Inducement.

User can cause target to lose their ability to sleep, which has detrimental effects on organisms that rely on sleep for personal health or psychological ease. Over time effects include various levels of mental deprecation, insanity and potentially death. 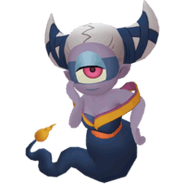 Shukaku (Naruto) threatened his hosts with constant taunts of taking over their body with such power of persuasion...

...that it resulted with Gaara in developing insomnia.

Timmy Turner (The Fairly OddParents) once wished (with the Sandman's permission) that everyone cannot sleep.
Add a photo to this gallery 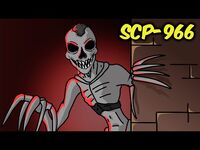 SCP-966 Sleep Killer (SCP Animation)
Add a photo to this gallery
Retrieved from "https://powerlisting.fandom.com/wiki/Insomnia_Inducement?oldid=1633540"
Community content is available under CC-BY-SA unless otherwise noted.