Superpower Wiki
Register
Don't have an account?
Sign In
Advertisement
in: Powers, Supernatural Powers, Mind Based Powers,
and 4 more

Eagle Scope (Xiaolin Showdown) can enhance the intelligence of non-sapient creatures, making them sapient and giving them personality.

Users can augment, increase the intelligence of other people or themselves to any level they desire. As an effect, they can immediately conceive complex formulas and models, possible results and other factors on speed comparable to super-computers as well as recall everything they have experienced, connecting and comparing known facts, etc.

The Sage Force (DC Comics) is an energy field that radically enhances the minds of its conduits.

Among its other properties, Metebelis crystals (Doctor Who) could enhanced one's intelligence 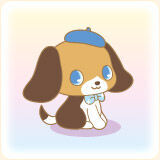 As the Jewelpet of intelligence, Yuku (Jewelpet) can increase others' intellect.

As long as he empowers himself with fuel, SCP-457 - Burning Man's (SCP Foundation) size increases, and becomes more intelligent with each cycle.

Saiko Intelli (My Hero Academia) using her quirk, IQ, which allows her to have her intelligence multiplied after drinking tea