The Internet of Things.

The power to manipulate the Internet and all its aspects. Sub-power of Computer Interaction. Variation of Technology Manipulation.

The user can access and manipulate the internet, such as access to the internet, its protocols, its structure, the world wide web, communication, data transfer, even the electricity/light running through the wires and wireless technology. They can hack, view and alter all information stored on the internet. The user can also enforce and hack security with ease.

When the user advances into the “Internet of Things”, the network of physical objects, their capabilities and connectivity greatly expand, being able to control any device from any other device, as long as they're connected to the internet, or connected to each other through any number of other devices.

Ultron (Marvel Cinematic Universe) was able to use the internet to travel his mind across the globe, hack machinery and use them for his own ends. 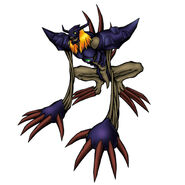 Diabolomon (Digimon) absorbed much info in the global network to gain control of the computers of the real world, almost triggering a nuclear strike.

Cyberwizard's (Valkyrie Crusade) mad hacking skills allows her to control the internet itself, being known as Master of the Net.

Steve Youtube (Smosh: the Movie), with his VR suit, can control the content of Youtube, from possession to outright destruction of people and things within videos.

Cyborg (DC Comics) is a living breathing supercomputer. Easily able to hack into and access any computerized system in the world.

Internet (Monsters vs. Aliens) is an all-knowing alien that runs the World Wide Web. 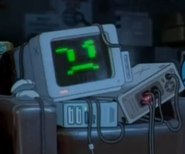 Technical Boy (American Gods), New God of the Internet
Add a photo to this gallery
Retrieved from "https://powerlisting.fandom.com/wiki/Internet_Manipulation?oldid=1387972"
Community content is available under CC-BY-SA unless otherwise noted.